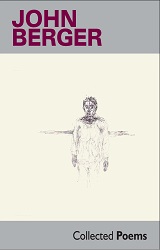 Novelist, draughtsman, film-maker, essayist and critic – John Berger is one of the major European intellectuals of our time. For sixty years he has been challenging the way we see the world and how we think about it, in books like Ways of Seeing, Permanent Red, To the Wedding, A Painter of Our Time, Pig Earth, Once in Europa, Lilac and Flag and From A to X. But although Berger has always written poetry, often smuggling poems inside books like The Seventh Man, The White Bird and Pages of the Wound, this is the first time his poetry has been collected in English.

Collected Poems reflects Berger’s longstanding concerns with art and politics, love and war, history and memory, emigration, immigration and the life of the European peasantry. It includes well-known poems like ‘The Ladle’, ‘Village Maternity’ and ‘Death of La Nan M.’ as well over twenty previously unpublished poems. From ‘My Coney’ (written in 1952 when Berger was just twenty-six) to ‘They Are the Last’ written in 2008, Berger the poet demonstrates an enduring commitment to the extraordinary lives of ordinary people. These are perfectly framed still-life images, sensual and plain, delicate sketches of hard lives caught between the provisional quality of language and the permanence of things. John Berger’s Collected Poems reveals its author to be a major poet of our time.

‘These poems bleed empathy with those in our world and their children who have been dispossessed from their lands and homes.’

‘comprises some of the most exceptional figurative lyrical poems this reviewer has read by any English poet currently writing.’

‘their affirmation of the living voice stands firm in this world of constant noise and information, this world of the constant deceit of corporate and political language, as a carefully crafted attempt to bring experience into language that often rings with the clarity of the bell forged by a master.’

‘As with all of Berger’s work, there is a cerebral, probing quality with keeps you on your toes.’

Steve Spence, Tears in the Fence 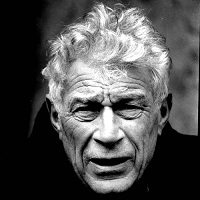 John Berger was born in London in 1926. In 1972 he won the James Tait Black Memorial Prize and the Booker Prize for his novel G. In 2009 he was awarded the Golden PEN award by London PEN for a lifetime’s contribution to literature. He lives in a village in Haute-Savoie the French Alps.