Smokestack is an independent publisher of radical and unconventional poetry run by Andy Croft. He has been active for many years in community writing projects in the North-east. Writing Residencies include the Hartlepool Headland, the Great North Run, the Southwell Poetry Festival, the Combe Down Stone Mines Project, HMP Holme House and HMP Moorland. He runs the Ripon poetry festival and the T-junction international poetry festival on Teesside. He writes a regular poetry column for the Morning Star.

His books include Red Letter Days, Out of the Old Earth, A Weapon in the Struggle, Selected Poems of Randall Swingler, After the Party, Forty-six Quid and a Bag of Dirty Washing, Bare Freedom and The Years of Anger.

His books of poetry include Nowhere Special, Gaps Between Hills (with Mark Robinson), Headland, Just as Blue, Great North, Comrade Laughter, Ghost Writer, Sticky, Three Men on the Metro (with W.N. Herbert and Paul Summers), Nineteen Forty-eight (with Martin Rowson), Les éléphants de Mudfog, Letters to Randall Swingler and The Sailors of Ulm. Edited collections include Red Sky at Night (with Adrian Mitchell), North by North East (with Cynthia Fuller), Not Just a Game (with Sue Dymoke), The Night Shift (with Michael Baron and Jenny Swann), A Modern Don Juan (with Nigel Thompson), Speaking English and Everything Flows. He has given many poetry readings, including in Paris, Potsdam, Sofia, Moscow, Novosibirsk, Kemerovo, New York and Basra. His poetry has been translated into French, Arabic, Bulgarian, Greek and Russian. 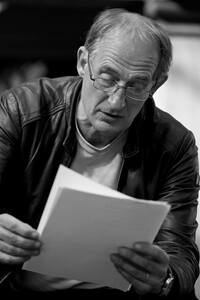 Our distributors are NBN International; please contact them directly for trade orders. For all other trade enquiries, please contact our sales agency Inpress Books.