Hungarian Jewish Poets of the Holocaust 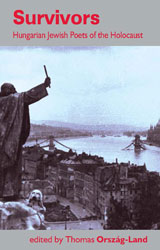 Nazi, neo-fascist and xenophobic parties are on the violent march again across Europe. Hiding behind the fear of immigrants and opposition to the EU, anti-Semitic, anti-Roma, anti-Muslim and homophobic politics are now in the political mainstream. In Greece the neo-Nazi Golden Dawn has almost 50 seats in parliament; in the Netherlands Geert Wilders’ Party for Freedom recently adopted the old Dutch Nazi flag; in France Marine Le Pen’s Front National is currently running second in the opinion polls; the ‘radical nationalist’ Jobbik is now the third largest party in Hungary.

Survivors is an anthology of poems about political barbarism. But it is also a book about life. These poets looked evil in the face, and dedicated their lives to warning humanity about Fascism.

'worth its place on the bookshelf of any collector of Holocaust literature, of anyone who values poetry as the fierce estuary of memory.'

'some of the most beautiful, heart-wrenching lyrics about this previously unimaginable process that divested people of heir humanity and turned them to ashes.'

'Now, more than ever, volumes of work such as this are so vitally important... these poems must be read and heeded.'

‘This is not just a book of poetry, it’s a testament. It comes from a place we should shun and for that reason reading it is unforgettable.’ 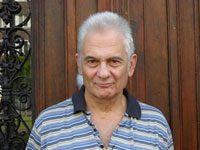 Thomas Ország-Land is a Jewish survivor of the Holocaust and the 1944-45 siege of Budapest. He participated in the 1956 Hungarian Uprising as a young journalist on the staff of A Magyar Függetlenség. His many books include András Mezei, Christmas in Auschwitz and Deathmarch: Holocaust Poetry Translated from the Hungarian of Miklós Radnóti.