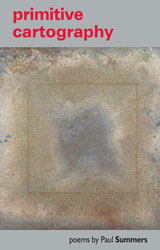 In 2011 the poet Paul Summers moved with his wife and their two young children from Tyneside to Queensland, Australia. Exchanging the cold North-east for bougainvillea, kookaburras and cane toads, Summers started mapping the emotional geography of his new world. The result is primitive cartography, a book about living under strange stars and learning the language of sunlight. Summers may have shifted hemispheres and changed the colours of his palette but he is still a deft and faithful documentarist of people and place, of the intimacies and tensions of their off-camera dramas. These poems are dispatches from a new continent charting the terrain of adventure; painterly but politicised, fierce but tender and always with a healthy nod to History.

the covenant of grace

'Paul Summers' first Australian collection finds him committing to a new place and its history with that radicalised intensity of vision, honed in the North-east of England, which has made him one of the region's definitive voices. Witty and self-lacerating, pitiless and politicised, poem after poem takes the viewpoint of a fisherman on Queensland's coast and turns it into both a celebration of and a lament for people's struggle to make meaning of their lives.'

'It is rare to find such ferocity of passion blended so seamlessly with lovingly and vividly depicted detail. This collection is breathtaking in its strength and in its delicacy. It is also amazing in its range.' 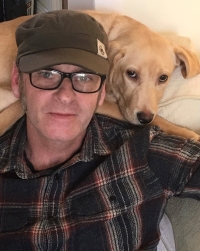 Paul Summers was born in Northumberland. A founding editor of the magazines Billy Liar and Liar Republic, he has written extensively for TV, film, radio and the theatre. His books include Cunawabi, The Rat’s Mirror, The Last Bus, Vermeer’s Dark Parlour, Big Bella’s Dirty Café and Three Men on the Metro (with Andy Croft and Bill Herbert). His most recent books are union, primitive cartography and straya (all published by Smokestack) and arise! He lives in North Shields.