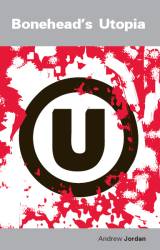 HMP Haslar is unique in the British prison estate. Everyone locked up there is an 'immigration detainee'. They were sent to jail by civil servants. They have had no trial. Some of the men - who are not to be called prisoners - have been 'held' for more than two years. The majority are refugees. Some are survivors of torture.

In Bonehead's Utopia a fictional 'Haslar' has rebelled and declared independence. It is a fairytale state, an ideal world, a state of disjuncture. In this false utopia certain of the staff have joined the 'perfect community', forging a polite and tolerant new world. But there is something wrong at the heart of this fenced Eden. Everyone is welcome - but to what?

Working with Narratives: Our New Reality as the Main Theme

'Brutal experiences elegantly rendered but retaining enough of a raw edge to be utterly convincing.'

'Cutting through the euphemisms that surround it (Removal Centre, Economic Migrant) Andy Jordan's cycle on the transfiguration of HMP Haslar by its prisoners is compassionate without being sentimental, alternately oblique and bracingly direct, and full of bleak exaltation. A vivid reminder that utopias are not merely a matter of bourgeois nostalgia, and a justly angry blast at Gosport's gulag.'

'a genuinely unsettling book about something happening on our doorsteps'

'why on earth a book of this calibre is not on the TS Eliot or Forward shortlists is anyone's guess... Quite simply, this is a very important book of poetry... a polemical and imaginative triumph... I couldn't recommend this book more.'

'more important than anything our so-called leading poets have written over the past quarter of a century.' 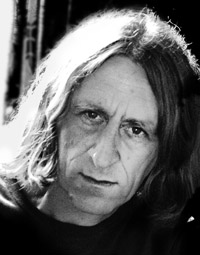 Andrew Jordan edits 10th Muse magazine and runs the bending oeuvre poetry imprint. From November 2000 to May 2001 he worked as writer-in-residence at HMP Haslar, then a Home Office Holding Centre, now a Removal Centre. He has written several poetry chapbooks and three previous full-length collections, including The Mute Bride (Stride 1998) and Ha Ha (Shearsman 2007). He lives in Southampton.