How I Learned to Sing - OUT OF PRINT 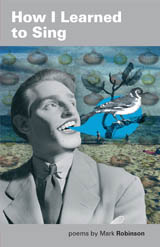 How I Learned to Sing is Mark Robinson's first collection this century. A senior job at the Arts Council meant that he did not send his poems out for over a decade, in case of potential conflicts of interest. Now he returns with a series of ambitious new poems alongside the best of his work from the last 25 years. How I Learned to Sing is a book about the industrial and cultural transformation of the North of England from the Miners Strike to the Big Society, about gain and loss and change, rootedness and flight, a series of bewildered elegies for people, times and places. Some poems argue with themselves, others with society or with other poets. Some attend to the domestic and the personal, some to the political and the public. Variously tender, angry, surreal and grave, keening, hollering, ranting, whispering and singing, Robinson is an allusive and richly entertaining writer, exploring how here and now make 'two halves of nowhere', and wondering why 'of many parallel worlds / I choose this one.'

'It is extremely observant and honest work, and many readers will nod or shake their heads in recognition… Robinson's poems do play for high stakes, though. They are utterly serious, and that's admirable'

'His work is distinguished by its energetic and ferocious language. There's a high level of ambition and risk on display... Robinson's poetry is a fruitful exploration of the tensions between loss of place and taking a stand.'

'It's good to see well crafted angry poems in a world full of cynicism and sparkling wit and detached observation. As he says, the world is hard but worth it'

'Mark Robinson's strengths are his political sensitivity and his wit. he is a shrewd analyser of contemporary foibles and he is able to make telling juxtapositions. he blends cultural icons, past and present, profound and ephemeral, to conjure a mosaic-like synthesis which questions life.'

'Clear-eyed and rooted in reality and with a finely hones sense of social justice and sparky wit.'

'his poems speak of the best of England, its industrious past, its still untapped potential and the dreams of its people with clear-eyed honesty, compassion and wonder... a world away from streetwise, metrocentric concerns and rhythms, or the allusive and elusive language often found in Poetry Review; and none the worse for that.'

'Robinson has no time for daft ideas or political shenanigans, wants to cut through the crap and make it right; ask questions and get direct answers.'

'a solid collection of poems whose language is muscular and discursive... the great strength of his work is the straightforward human warmth it demonstrates.' 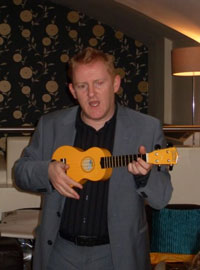 Mark Robinson was born in Preston in 1964. A founder-editor of Scratch magazine and Mudfog Press, he has worked as a vegetarian chef, a literature development worker and a writer-in-residence in prison. He spent ten years in senior management at Northern Arts and Arts Council England, including five years as Executive Director, North East. His previous books include The Horse Burning Park (Stride 1994), Gaps Between Hills (Scratch, 1996), Half A Mind (Flambard, 1998), and Balkan Exchange (Arc, 2008). He lives in Stockton-on-Tees, where he runs the arts-consultancy Thinking Practice.