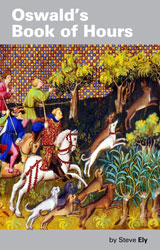 The Northumbrian King, Oswald (reigned 635-642AD), was a warrior, evangelist, hunter and scholar. Martyred by Mercian pagans at the Battle of Maserfield, Oswald was immediately canonised by the acclaim of the people, his cult rapidly developing to rival George’s claim to be patron saint of the English. Oswald’s Book of Hours is a series of elegies and eulogies for Oswald redivivus, written in the voices of an unlikely band of northern subversives, including NUM leader Arthur Scargill, hermit Richard Rolle, brigand John Nevison, Catholic rebel Robert Aske – and Oswald himself. Brutal, provocative and thrillingly original, Oswald’s Book of Hours is an ambitious attempt to rehabilitate an organic English identity via an exploration of radical, pre-industrial and pre-reformation traditions, and a handbook of devotions for the exiled and expropriate English settled north of the Humber.

Short-listed for the Forward First Collection Prize and the Ted Hughes Award.

'Steve Ely takes the archaeologist’s spade to the idea of England – its myths,its heroes and villains, its forgotten corners, its persistence in the historical imagination. There’s a passion to the language, a radical fire reminiscent of Geoffrey Hill’s Mercian Hymns and Basil Bunting’s Briggflatts.'

‘In Steve Ely the North has found its voice in work that echoes Ted Hughes, Basil Bunting, Geoffrey Hill, the bloke in the corner shop, the Yorkshire breeze and autodidacts and pub philosophers across the region and beyond. This can become our creation myth, our encyclopaedia, our atlas, our sacred book.’

'a work of startling imagination and affirmation.'

'‘I found more power, energy, conviction and sheer verbal exuberance in this than in any other first collection I’ve read this year.'

'Ely is a craftsman of an unusual and possibly unique kind and it is his craft which coheres all the outrageousness and cold beauty of this book.'

'when a book is short listed for multiple prizes, I approach it more sceptically. I am glad to say that on this occasion the book in question is certainly as deserving - if not more so - of high praise as most other currently acclaimed volumes... a highly accomplished collection.' 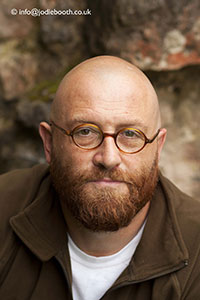 Steve Ely’s previous works include Oswald’s Book of Hours (nominated for the Forward Prize for Best First Collection and for the Ted Hughes Award), Englaland, Werewolf and Ted Hughes’s South Yorkshire; Made in Mexborough (2015). He lives in the Osgoldcross wapentake in the West Riding of Yorkshire, close to Richard Rolle’s Hampole.