Woke up this Morning 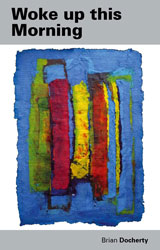 Brian Docherty is a resident alien. He grew up in Scotland in the 1960s listening to Muddy Waters and Willie Dixon on the radio, hitched across Europe in the 1970s to an FM soundtrack, and followed the Vikings West to Vinland, that green utopia 'where everything seemed possible', only to find himself caught in 'the blizzard of history'. Woke up this Morning is an index of possibilities, a hitch-hiker's guide to cultural alienation and appropriation, from Glasgow to San Francisco and back. It is a book about real and imagined journeys to other worlds that always seem less alien than our own, a series of studies in estrangement and exile - Stanley Spencer in Cookham, Dracula in Whitby, Gauguin on Tahiti, Otis Redding sitting on the dock of the Bay. Listen carefully and somewhere on the radio-dial between the Voice of America and Radio Landlady, you can still hear the music of a place called home, where everyone 'is nostalgic for different things', and each New World can still be imagined with 'wild surmise'.

'the reader enters a world that is personal but always worked out against a detailed social backcloth. It's a politics of everyday that comes through.'

'it is a pleasure to find work that has something to say and says it with wit and perspicuity.'

'such a generous spirit, as well as a writer of honesty, perception and sensitivity.'

'Docherty is prepared to remain an outsider on the slightly perilous margins and by so doing to keep alive the sense that the world can still be turned upside down and inside out.'

Woke up this Morning 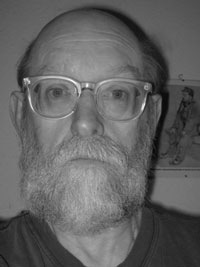 Brian Docherty was born in Glasgow in 1953, and was educated at Middlesex Polytechnic, the University of Essex, London University and St. Mary's University College. He has worked as a civil servant, hospital storeman, market trader, creative writing tutor and lecturer. His first two books Armchair Theatre (1999) and Desk with a View (2008) were both published by Hearing Eye. He lives in north London.