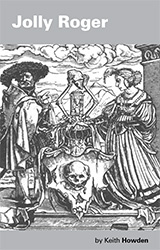 'Pleased to meet you, hope you guessed my name. But what's troubling you is the nature of my game...' The Devil has had many names throughout history - Lucifer, Beelzebub, Old Nick. These days he likes to call himself Roger. Jolly Roger is an epic series of 12-line stanzas, written to accompany Hans Holbein's sixteenth-century woodcuts, The Dance of Death. From Genesis to the Last Judgment, all are brought low by Roger - the Great and the Good, the rich and the poor. He hides in speak-your-weight machines, NATO bombing missions and a bag of Semtex. He is a political survivor, a pornographer and a merchant banker; a democrat, a Humanist and the enemy of humanity. Ribald, ironic and irreverent, he hands out justice, denounces greed and the abuses of power in an age where Death is a statistic and everyone gets rogered. Strictly Come Dancing meets Horace McCoy.

'an entertaining book full of witty cultural references... it sets in train questions of how evil, like death, haunts our days.'

'bravura verse, as powerfully compact as a blob of semtex... an accomplished and philosophically sharp collection.' 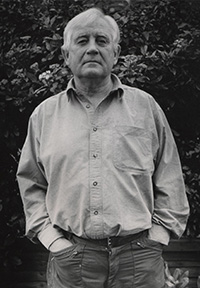 Keith Howden was born near Burnley in 1932. After National Service and work as a laboratory assistant, he taught English and modern European fiction at Nottingham Trent University. Among his many poetry pamphlets are Joe Anderson, Daft Jack's Ideal Republics, Pauper Grave, Hanging Alice Nutter and Barlow Agonistes. He has published two full-length collections, Marches of Familiar Landscape (Peterloo, 1978) and Onkonkay (Peterloo, 1984) and two poetry-music collaborations with his son the composer Matt Howden, The Matter of Britain (2009) and Barley Top (2011), both published by PRE (Rome), His paintings have been exhibited in galleries in Nottinghamshire, Lancashire and Yorkshire. He lives in Clitheroe, Lancashire.