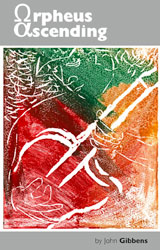 Orpheus Ascending tells the story of the singer who falls dangerously in love, of the beautiful woman who becomes all things to him, and of the underworld king who claims her for his own. It tells how she is abducted and how the hero goes through hell to find her. Like Salman Rushdie, Nick Cave, Rilke Cocteau and Tennessee Williams before him, John Gibbens recasts the Orpheus myth in contemporary terms, this time in a strangely altered version of the London music scene in the late 1980s, a retro–future where violent unrest meets government backlash and where pastoral idyll becomes a precarious refuge from the perilous currents of history. It is a book about music, love and Fascism.

'John Gibbens' take on the Orphic Mysteries is, by turns, bohemian, pastoral and dystopian, using songs, sonnets, raps and satires. Moving and menacing.'

'Gibbens deploys an impressive range of forms and voices to dramatize a powerful poetic fiction reminiscent of high quality film noir. A skilful and distinctive poet for our time.'

'Narrative poetry has been essayed by a number of contemporary poets, but few as successfully as John Gibbens does here. Add to this a passionate lyrical impetus and a gift for formal variety and inventiveness – Gibbens is the real thing.'

Tears in the Fence 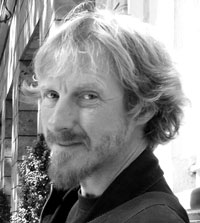 John Gibbens was born on the Wirral and educated in West Germany and west Cumbria. He has made a living as a copy typist, a typesetter, a copytaker and a subeditor. He was deputy editor of The Oldie in the 1990s, and has written a column about second–hand books for the Sunday Telegraph. His poems have appeared in numerous journals and in several anthologies. He has been gigging with The Children since the early 1990s, and has published a study of Bob Dylan, The Nightingale's Code (2001). He lives in London.