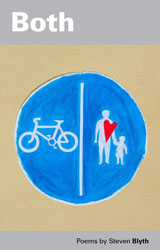 Steven Blyth writes in praise of domesticity, of the triumphs and failures of a life defined by family, friends, work and love. He watches himself as a son, a lover, a husband, a dad and an office middle manager, exploring the small disappointments and large hopes just below the surface of everyday living. Both is partly a hymn to a 1970s childhood spent in Sunday–school and school, playgrounds and parks, to old girlfriends, parents, neighbours, uncles, great grandmas and aunts 'three–million times removed'. It's also a book about Masculinity and Class, family Christmases and Corporate Strategy meetings. It's a Carry On film, 'the sort in which characters / Chortle, chuckle, guffaw, giggle or titter, / But never really laugh.'Steven Blyth follows in the footsteps of fellow Northern Realists Jim Burns, Geoff Hattersley, Peter Sansom and Ian McMillan down Dead Pan Alley to explain how time and memory work against relationships, how we are constructed by shared memories, unspoken arguments and secrets, and how beneath its rows, resentments and worries, family life constantly reveals its peculiar sense of belonging and happiness.

'Has plenty to say about the odder moments of gratification or suffering in everyday life, and says it approachably.'

'What Blyth excels at is capturing the moment of life and allowing it to crystallise into insight which verges on the tender.' 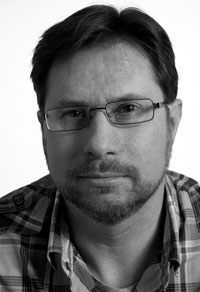 Steven Blyth was born in 1968 in Bolton and now lives in Manchester. For many years he edited the magazine Prop. He has published five previous books of poetry, The Gox (Redbeck, 1996), Baddy (Peterloo, 1997), So (Peterloo, 2001) and Mr Right (Shoestring, 2011). He works in local government.