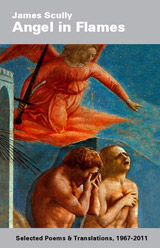 There are two angels in this book. One is Walter Benjamin's Angel of History, blown by the storm of progress into a catastrophic future. The other is an unemployed and illiterate Puerto Rican man. Both angels are blown backwards into a future they cannot face. Angel in Flames brings together, for the first time, the best of James Scully's poetry from the 1960s – when it was claimed that Vietnamese villages had to be destroyed to be saved – to the 21st century über–state terror wars fought not on battlefields but against civilian populations. Scully's poetry addresses head–on the intellectual and cultural degradation of an imperial order whose ambition appears to be to reduce the globe to a shrunken head on a stick.

The Angel of History

'James Scully's essays, like his poems, refuse to soothe or simplify, to shortchange either poetry or the imperative for social transformation. They are continuously interesting because they take on poetry – and values – from so many angles, are written from a generous frame of reference and in a human voice.'

'Thank Things that somebody is paying attention to what a hell our world is becoming – and, above all, that we're letting the bastards get away with it. It's great to find somebody who's awake and alive. And also find a book of poems that I really want to read.'

'a book that recapitulates and re-enacts one entire life that may have tried to be universal but which will be remembered as unique.'

‘a collecting together of forty-plus years’ socialist commitment through thought, witness and activism [which] ill undoubtedly prove to be an invaluable future source of political experience as poetic document.’ 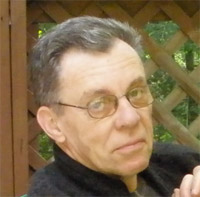 James Scully was born in New Haven, Connecticut in 1937. His mother was a factory worker and his father a shipping clerk. In the 1960s he was heavily involved in the anti–war movement in the USA. In 1973–4 he and his family lived in Chile; after the military coup their Santiago apartment was used as a safe house by the Movimiento de Izquierda Revolucionaria. He has published ten books of poetry, as well as translations of Aeschylus and of Quechua poetry from Bolivia. Other books include Line Break, Vagabond Flags and, with Bob Bagg, The Complete Plays of Sophocles. He lives in Vermont with his wife, Arlene.