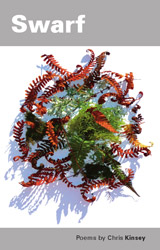 Chris Kinsey is one of our finest Nature Poets. In 2008 she won the BBC Wildlife Poet–of the–Year competition for a poem about a tree–creeper. Her work with rescued greyhounds has earned her the nick–name of the greyhounds’ poet laureate. But as the poems in Swarf reveal, Chris Kinsey is also interested in human nature, especially among those whose lives are easily overlooked and under–valued – many of these poems draw on her experiences working with the elderly, with excluded students and adults with learning disabilities. It is a book about life in a small town, its mad Fridays, slow Sundays and long afternoons in the pub. It is a book of poems about living and learning, about hospitals, park–life, martial arts – and greyhounds.

Getting to Know the Greyhound

'That this language owes more to the banter of the pub than the poetry reading is to do with Kinsey\'s ear for the one–liner, the compressed, casual yet loaded wit of the street; with her instinct for the danger of the outside world.'

'Kinsey shows a real talent for reading the lives of others with an excitement that infuses the experience with vitality and vicarious joy.'

'These poems have mapped out a territory of their own, both in form and content.'

'a powerful and emotive collection.'

'powerful stuff... one of those poetry books you need to have on your shelf.'

'one of those rare beings. A nature-lover who doesn’t put you off nature.' 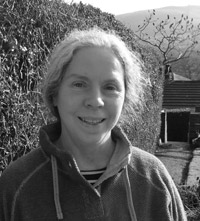 Chris Kinsey's previous books are Kung Fu Lullabies and Cure for a Crooked Smile. Her stage play, Feathering the Dark was shown at Aberystwyth Arts Centre and her short play, I and I at Venue Cymru. She writes a regular Nature Diary for Cambria and was runner–up in Natur Cymru's 2010 'Inspired by Nature' competition. She is a member of Academi and Powys Arts Forum. She lives in Mid–Wales.