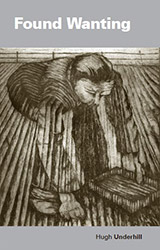 'Nothing is more mysterious than the real,' wrote the Italian painter Giorgio Morandi. In Found Wanting Hugh Underhill pursues the mystery of the real, the poetry of the material world and what the writer Robert Bloomfield called its 'thousand, thousand dies'.

For Underhill, poetry is a constant struggle against distortion, a 'moving or breaking to sight' of the suppressed or denied, and a sharing of delight in 'bright things' and in the goodness of the world. It's also an act of commitment, political and personal, against the world's disarray. His heroes are Bunyan, Blake, Bloomfield, Edward Thomas and Ivor Gurney. These poems are rooted in England but qualified by complicated feelings about place and belonging. They are shaped by the belief that a poem should be a made thing, an act of craftsmanship. And they are based upon the Nonconformist belief that living acquires meaning through commitment and choice.

Found Wanting is concerned with the way other lives act upon our consciousnesses, with the sometimes fragile, tenacious, fabric of our personal relationships and their histories. It attends to the voices of the past and to the effects of memory, bringing past experience into conversation with the experience of the present. And it considers the way in which all artists, in their struggle with language or paint, are 'found wanting'.

In the Place des Héros the market stalls
are packed in, dressed with every prodigal colour of life,
hardly a space to go between.
All about, as we drink our blanche
and our watches keep pace with the spring day,
honey–tanned stepped gables
presume Artois is Flanders speaking French

while a kilometre away
tended grass in the sunlight (not the
'yellow corpse–like day' Sassoon recalled)
divides pale rows of stone
with precise room to pass and repass.

I could well imagine
the heartsick voice of Ivor Gurney –
he who imagined voices and had
every right to his sickness –
whispering now among these stones
that 'a thousand years might run
before even the charitable forgive'.

These ash and hawthorn, at their last gasp, left
to their own devices, but someone is digging over
the nursed geometries of loam they fence:
he dips, dips, dips. The cold reddens and whelms
his eyes, polishes skies. He scrapes
his spade with a chanced–on
shearing of flint, and its unearthed glint
sets a spark to the clenched day. This spark
is all it can take, all it needs. The digger, indeed,
dips again to his task, leaves still less to chance.

Icarus falls from the sky as we climb the Mont des Arts
(umbrellas breasting equivocal snow, and wanting out of the cold) –
no, not plumb down on the Grand–Place smack in

the upturned faces absorbed or bored by that show–off
ensemble, the Hôtel de Ville's impeccable spire climaxed
with golden–boy St. Michael, the Guild Houses' braggadocio – no,

in the Musée des Beaux Arts, from Pieter Breughel the elder's
definitive brush: still just as he did when Auden visited, finding
the precise voice of his decade, full of good sentences. I dare say

the beasts are still at it down there in the Bourse, too, though these days
who thinks such racquets amiss? Here also are good angels
Boschishly giving the bad'uns hell, and there's

snow, now, in the 'Census at Bethlehem', all that
bright brouhaha as if newly broken out of the dark
like the first day. Pieter knew the frangibility of whatever's

wrested from the dark. His 'Massacre of Innocents' tells you that:
the bad'uns never leave off. Whether I could have kept
from plunging out of the skiey light (believe me

I'm not talking childish fears) without you
is perhaps a redundant question. You're here. Now let's
revisit 'The Death of Marat', at once rich and austere.

'Hugh Underhill's meticulously-crafted poems are distinguished from the mass of contemporary verse by the quality of their attentiveness, and by their exact understanding of how, through rhythm and phrase, experience is saved and made palpable.'

'Underhill's big subject is memory and how it meshes with our present experience... There are plenty of fine poems here... Don't think it comes easy, this throwaway ease of poetic manner. It takes more work, more honesty, more confidence than the aureate boom-booming that is more readily recognisable as poetry.' 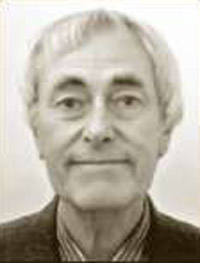 Hugh Underhill was born in Kent, grew up in Sussex and did National Service in Germany. He spent twenty years teaching English at the University of Hong Kong and at La Trobe University, Melbourne. His books include The Problem of Consciousness in Modern Poetry, The War is Over and three books of poetry, The World We Make, Passing Through Glass and The Actual Hour. He currently edits The Robert Bloomfield Society Newsletter. He lives in Bedford.