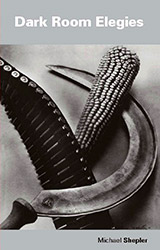 Dark Room Elegies tells the extraordinary story of Tina Modotti, the Hollywood star of the silent screen who became a revolutionary photographer. It is a book about art and politics, love and revolution, idealism and power, from Hollywood and Mexico to Moscow and the battlefields of Spain.

Tina Modotti (1896-1942) was a photographer, model, actress and revolutionary. She emigrated from Italy to the United States when she was 16. She worked in sweat-shops and as an artist's model before appearing on stage and in several silent films. Moving to Mexico with the photographer Edward Weston, she began taking her own photographs. She immersed herself in the bohemian and radical life of Mexico City, documenting the works of the Mexican muralists and appearing in several paintings by Diego Rivera. Expelled from Mexico, she travelled to Europe and the USSR. She helped organize Red Aid during the Spanish Civil War. In 1942 she died in suspicious circumstances in Mexico City.

Pablo Neruda composed Tina Modotti's epitaph, part of which was engraved on her tombstone:

They will pass one day by your little tomb
Before yesterday's roses are withered,
The steps of tomorrow will pass by to see
Where your silence is burning

The sputtering bulbs of electric stars
Flare & dim, casting a livid glow
On faces Kollwitz might have painted.

& no eyes lift toward the velvet sky
Of tinselled heaven. & none hear
The creak of the cheap wings of
The poor lifting aloft;
Fresh from a pawnshop,
The pattern robbed from Icarus.
How many even cleared the rotted fence
Of their death?

All eyes remain fixed on the hard asphalt street,
Tracing the fast moving feet, the wheels of
Cabs, the horse hooves of mounted police,

The city is a range of spectral towers.
Its lights come on, dressing it out
Like an ancient whore on Saturday night.

Its been such a time getting here;
Trucks & trains,
Houses, safe & unsafe;
A long run across guarded borders,
Eyes keen for an opening,
A tear in the fence,
&, in an instant, we are passing the last guards,
Faint as the slight breeze which stirs
Our invisible cloaks; & then years pass.

We have the sunlight, the vast space;
We have our work, which tires us out;
The rich tiredness a farmer feels,
Walking back from his sown field,
Coming back to the single light
Of his house; or, on Saturday evening,
To the bright talk of the exile's café.

Someday we'll return.
Things won't be as we'd remembered them
In the days before the dark,
But they'll be good just the same.
For now though, we're among friends,
Laughing at how we got over.

I have been waiting long enough to drink
3 cognacs. Long enough
To smoke six cigarettes.

The quiet sun hushes the passing wheels
Of a horse cart on the Calle Obregon.
The last few bees lift, heavy with honey.

Lengthening shadows lend a sinister sweetness
& when the evening lights come on
The crowds will step a bit faster,
As if chasing after the crisp autumnal leaves
That hurry & pile up
At the cemetery gate.

I don't need to consult my watch to know you aren't coming,
& I know that in a moment, I'll return to the hotel
& burn this message in the chipped porcelain basin.

I have a steamship ticket in my jacket pocket
& though its destination has disappeared
I am still able to take comfort in it.

'A gleam of genius'

'Shepler is savage and accurate... There's no faking in this one' 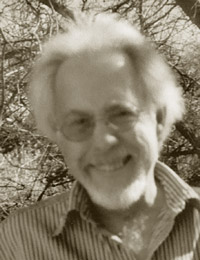 Michael Shepler is the author of seven books of poetry including Red Windows and Angel's Flight. Until recently he taught film at the Jazz School in Berkeley, California. He is poetry editor of the magazine Political Affairs.