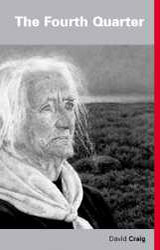 The Fourth Quarter deals with the ageing that comes to all of us. Memory fades and yet memories become more vivid. People and birds, seas and mountains, friends, children and grandchildren are so vibrant that we want to live among them for good, although we know we cannot. Bitter-sweet, comic and tragic, lyrical and elegiac, stoical and anguished, The Fourth Quarter rejoices in the giddy contradictions of nature and laments its deadlier necessities as David Craig tells stories of his own and others' lives.

An Incident at Ely

The railway line from Aberdeen to Cambridge
Spans like a girder. Mohawk steel–erectors
Who stroll six hundred feet above Manhattan
Without a safety–line might be less easy
On this low wire, this bridge between two cultures.

My girlfriend's father has died. I track back north
In a January blizzard. The engine pauses,
Breathing heavily, as we face the Forth.
A cantilever climbs the sky and vanishes
Into the locust flakes, steep as the Pinnacles
Of Liathach disappearing into cloud.

The humorous man is lost to us. Terrified
By prostate cancer, he has dropped himself
Into the North Sea south of Girdle Ness
Down a deep geo where grey–green water lurches.,
Bashing on rock–walls clarted with guano.

In arctic water, changing your mind too late,
Do you thrash frantically back to shore
Before your mind goes blank?
The blizzard eases,
The locomotive shrieks, the river glints
Down there amongst the swarming flakes.
Three days
Go by, the body has been identified,
Surrendered, cremated. I wish that I could cry.

The train back south pulls slowly through a cutting
Cleft in the granite just above that geo.
This time it's fog that veils the wintry waters
And fog the whole way south. I sit in a box
Of shuddering glass and plywood, watching steam

Blear into mist above the frozen fields
Of turnips, cabbages and winter wheat.

East Anglia might be Russia. We must change
At Ely where the cathedral rears its bulk
Like some earthbound Titanic. Stupor of cold
And numbness of fatigue and disbelief
Are hunching me deep into my coat. Inside
The Ladies Waiting Room a heap of coals
Gives out small heat from a cast–iron grate
And everyone gathers there, not talking, sitting
Tethered to scanty luggage. Just on midnight
Two men come in, in bluish showerproof coats,
Their eyes as grey as pencil–lead, their cheeks
Shaven like polished bone. 'Get out,' they say
To the men among us. 'This is the Ladies Room.'

'The other room was locked,' we feebly protest,
And 'This is the only fire' and 'There's no harm...'

'Improper use of this facility
Is an offence.' The plainclothes men's expressions
Have altered less than a stone crossed by a shadow,
A wave in which a man has drowned. We go
And stand in the fuming twilight, stamping our feet
Like unemployed men during the War, in winter,
Scraping at scabs of snow with iron shovels.

Why were we so submissive ? I can blame
The funeral aftermath, the midnight hour,
The fog and cold that clamped the continent
From Peterborough to Poland to the Urals...
How could we let ourselves be herded so?
There were no whips or guns or cattletrucks,
Only the spineless habit of obedience
Which makes us meek at our own humiliations
And silent about the murdering of others.

So Robin rose in his sick–bed
And levelled his bow at the open window.
Outside in the water–meadow
The willow–whips were gold
With the rising of the sap,
The primrose stars were alight
In the shadow of the hazel copses.
He would not see their dandelions
In their toothed and rampant sprouting,
He would not see the linens
Stitched to the tapestry of the hawthorns.

The black cowl of the abbess loomed in the doorway
Like a hollow tree. She was amused
That he should try to bend the bow
With the white arm her hand had bled.
She had let his life with her lancet.

The yew–wood curved, he set the nock of the arrow,
The string was taut as a pair of struts.
The steel tip and the grey goose–feather flew
Straight as a sunray. It was unravelling him,
His guts uncoiled, his sinews unbent like springs,
The curls of his hair straightened,
All of his brightness trailed from the fleeting arrow.

The abbess raged to see the arrow's landing,
Her pale eyes dazzled, stunned by sunburst.
Only his gown was lying on the mattress
Thin as a crumpled leaf.
The wand of the arrow planted in the leaf–mould,
It rooted like a sapling,
A tree among trees, at one with the forest,
While the black church cankered,
Casting its shadows, dropping its Dead–Sea–fruit.

The Dance of the Proteins

The glistening strands unwind and wind again,
Printing the forms of the species. They print
The lark and the gooseberry saw–fly,
the earthworm and the osprey,
sickle–cell anaemia and the yellow Labrador;
they print the horse and the turtle,
the basking shark and the human...
In the spiralling formulae of the amino–acids
the elements nimble forward, upward
in a dazzle of glissandi.
Deep in the muddy bass
ragworm and razor–fish twitch
to the high–sea–sharp of becoming –
the black and the white notes sink and surface –
the feathered arms of the lizard
are born again in the wings of the condor –
a mote in the eye of the orca flipping a seal
in the breakers of El Niño...
Borne on the sluice of the undercurrent,
the blue and the green sea–juice,
the dance of the molecules mingles and joins
in the file of the enzymes, it snakes to the head of the concourse,
it splits and resumes in the whorls of the couples.
It is all there, all of it, every –
the Day of the Dead and the Summer Solstice,
the grains of the Quern–dust Calendar and the hands
of the marram arcing on the dials of the dunes;
the dog–fish cast up on the Strand of the West
and the caul of my son's birthing.
Cirrus and maidenhair, tangle and DNA,
the plumes of us shake, shake down, shake out
and the ends of them are beyond us.

'In a culture obsessed by youth, it is heartening to encounter a poet who treats the nature of ageing... In his fourth quarter, Craig is a better poet than ever.'

'David Craig's poems are strong, clear-eyed, stripped for action. They give the lie to those who believe that to be a socialist is to abandon individual vision.'

'A general kind of Scots hard-edge and dryness. Dunbar must sound far-fetched ; but that line of poetic blood.' 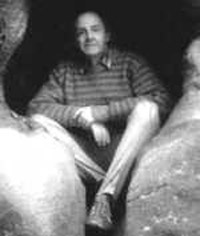 David Craig was born in Aberdeen in 1932. He has worked in schools, adult education and universities in Scotland, Sri Lanka and England. He taught Creative Writing at the University of Lancaster from 1969-92 (and still does so part-time). His books include three novels, (most recently The Unbroken Harp), five books of travel and oral history and four collections of poetry. He and his wife, the writer Anne Spillard, live in Cumbria.