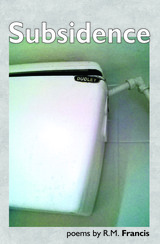 The ground gives, the walls crack and our foundations are laid bare, revealing fragments of history, myth and memory we had forgotten once were ours. Subsidence is about the post-industrial Black Country landscape, where houses sink into old mines and the present collapses into the past beneath our feet. Written just before and after the 2016 Brexit referendum, these poems are love-songs to the dialect and culture of the Black Country, odes to working-class communities, and laments for the unwanted and off-kilter.

‘A love letter spoken in his mother tongue, refusing to be a second language, a vernacular ripe with the heart and soul of everyday people. This is an observation of both strangers an’ kin, sometimes smashed glass of people’s lives reflecting a beautiful constellation under a Black Country sky.’

‘A glorious musical score of Black Country dialect with all its complex tone colours and rhythms. Borderlands of class, the liminal aching space occupied by those who are not easily categorised are cracked open and witnessed.’

‘He is our Black Country guide to the relics, rituals, coping strategies of a defunct working class. Defiantly vernacular, written in dialect, we encounter the mythic, Germanic smith Wieland and his descendants in their haunts of pub, car park, footy pitch and wasteland, held captive and hamstrung by a tyranny of class and prejudice.’ 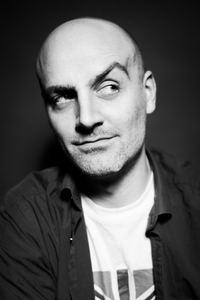 RM Francis is from Dudley in the West Midlands. He has written five poetry pamphlets, including Orpheus, Lamella and Fieldnotes for a Deep Topography of Dudley. His first novel, Bella, was published in 2020. He teaches Creative Writing at the University of Wolverhampton.