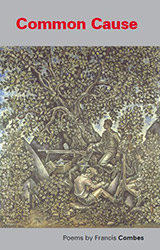 'Communism,' wrote Brecht, 'is the simple idea so hard to achieve.' Common Cause tells the hard story of this simple idea, from the Garden of Eden to the French Revolution and the fall of the Berlin Wall. It is a brave and original history of utopia, revolution, and hope. It is a study in verse of the Communist movement in the twentieth-century, the men and women who led it, like Lenin, Luxemburg, Trotsky and Gramsci, as well as some of the artists who marched in their ranks, like Mayakovsky, Picasso and Brecht. Common Cause is a 'history of the defeated', a book about enthusiasm and illusion, heroes and martyrs, saints and sinners. It is an epic, a tragedy and a manifesto for the utopian imagination.

The Achievements of Capitalism

So this system will have achieved miracles before our very eyes:
under its reign abundance reveals itself the cause of poverty,
progress engenders barbarism,
the strengthening of the State, insecurity
the development of media
under-information,
the scintillating conquests of science
generalised ignorance,
economic globalisation
tribal wars,
the unification of the world market
the division of workers and peoples,
as for artists
all that remains for them
is to produce commodities
and to cultivate ugliness.

When the Europeans discovered America
the Indians discovered commerce.
They who had never lived off anything
but hunting, fishing and agriculture
learned to hunt the coats of the otter, the wapiti
and the beaver
to sell them to white traders.
'The beaver,' says the proverb,
'is good for lots of things:
cauldrons, knives, mirrors, bradawls.'
And as the White Men were very numerous
and they needed many skins
because they live in an icy, misty place
where you need to stay wrapped up;
they had to give up fishing and growing
and devote themselves to skins
ever more skins
to be stripped off and prepared
and to bring in less and less.
A Seminole tribe
living on the Florida coast
realising they were being robbed
one day decided to do without middlemen.
So all of them
men, women and children,
piled their produce in long canoes
and set off at high tide for the White Man's country
which must be hidden, there,
just over the horizon.
No-one came back.
Victims, among others, of the discovery of capitalism.

Epode on the Natural Order

To hunt with a cudgel
and to dress themselves in animal skins
was natural for the cavemen.
It had always been so
and it would always be so.
That there were free citizens
having the right to speak freely in the Forum
and labouring or educated slaves
over whom one could have
the right of life or death
was natural for the men of Antiquity
because that was how the City lived in harmony.
(No-one, not even the boldest minds
put it in question).
That humanity should be eternally
divided
between lords and serfs
in conformity with divine law
was just as natural
for the man of the Middle-Ages;
just as crisis and unemployment
are natural for the man of today.
Because what is is natural.
So, the day when capitalism
is replaced
its disappearance too will appear natural.

'The poems have a variety and suppleness of tone, ranging from conversational to meditative, lyrical to didactic, angry, accepting, humble, proud. Above all, perhaps, the poems are hopeful. The express a kind of bruised but resilient optimism which flows from a realistic, compassionate, committed engagement with the world.'

'I've never seen another book like it. It's poetry, it's a thesis about history, it's a roll-call of revolutionary martyrs during two or three millennia, it includes many jokes, it's an intimate confession - not of an individual penitent, but of the wounded body of a set of political beliefs, it's a prayer book of hopes, and, finally, it's a chapbook, like those once sold by pedlars. As soon as it's in your hands, you recognize it. It's a book that innumerable people have been waiting to read. It'll be passed, I think, from hand to hand.' 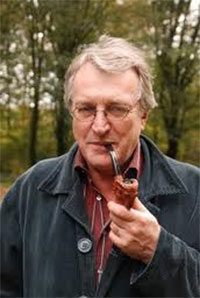 Francis Combes’ books of poetry include La Fabrique du bonheur, Cause commune and La Clef du monde est dans l’entrée à gauche. He has also published two novels and, with his wife Patricia Latour, Conversation avec Henri Lefebvre. He is a founder of the radical publishing cooperative, Le Temps des Cerises, and was for many years responsible for putting poems on the Paris Metro.