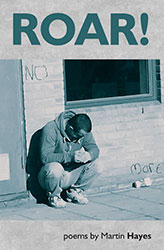 Martin Hayes’ new collection is a roar of frustrated rage and pain at the way we live and work in the twenty-first century. It’s a book about 11-hour shifts, sick-days, lay-offs, computer systems crashing and the joy of Friday afternoons. Dermot, Stacey, Shaq, Big Bri, Dexter the old-timer, Antoine, Mohammed, Jim the Letch and Harry the head supervisor work for Phoenix Express couriers, located somewhere ‘between Stockholm Street and Syndrome Way’, making money for other people and trying to make themselves heard above the roar of an economic system that ‘has us in its mouth and is shaking us about in its teeth’.

‘Martin Hayes is speaking about matters too often ignored in today’s literature. A working man himself, Hayes writes brave poetry that sheds a unique light on the work world where most of us spend most of our waking hours. With biting wit and sharp insight he documents and exposes the absurdities of the managers and the trials of the workers trying to survive under them. A very necessary, powerful voice in this era of austerity, inequality and exploitation.’

‘This is poetry like virtually no-one else in Britain is writing. It is funny, wise, sad, tragic and thoroughly memorable.’

‘I can’t think of any other British poet with this degree of obsessive focus and the result is claustrophobic, intense and unrelenting... More power to his pen.’

‘a real roar of anger, resignation and fortitude from workers on the frontline of austerity Britain.’

‘We need poets like Hayes now more than ever…. Important reading.’ 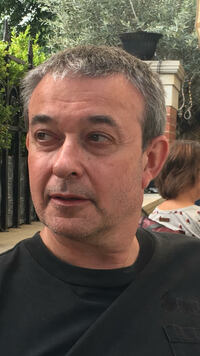