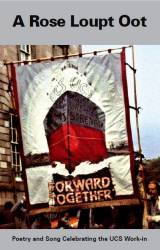 A Rose Loupt Oot celebrates the historic work-in at Upper Clyde Shipbuilders in the early 1970s. With the Glasgow and Clydebank shipyards facing closure and the Tory government refusing to invest in 'lame-duck' industries, a dynamic group of young Communist shop stewards led a working occupation of the yards. Within a few weeks the fight to save jobs had become a national and international campaign for the right to work. 80,000 people marched to Glasgow Green in support of the work-in. The worlds of poetry and music added their support to the shipyard workers' campaign at a series of high-profile benefit concerts starring The Dubliners, The Laggan, Billy Connolly, Matt McGinn, Brendan Behan, Dick Gaughan, Jim McLean, Jimmie Macgregor and Hamish Henderson. John Lennon and Yoko Ono donated £5,000 to the cause. After more than a year of intense struggle, the government caved in. The four threatened shipyards were saved, and the right to work upheld.

'Folk music has no meaning unless it expresses the lives and struggles of ordinary people. In 1971, when the shipyard workers on upper Clyde refused to accept the butchery and dismantling of their yards, it was inevitable that the folk song world would give it expression.'

A Rose Loupt Oot brings together, for the first time, songs written during the UCS work-in, as well as poems looking back on the campaign by writers like Alistair Findlay, Jackie Kay, Edwin Morgan and Aonghas MacNeacail. Illustrated with cartoons by Bob Starrett and sketches by Ken Currie, with an introduction by Ann Henderson, Assistant Secretary of the STUC.

Pack Your Tools and Go

Doon through The Years

'a potent mix of the heartfelt, the analytical and the honest... Highly recommended.'

'a hugely varied and enjoyable book of poetry... another feather in the cap for Smokestack.'

'I strongly recommend this work. It is a partisan account, and none the worse for that.'

'a superbly edited, expansive anthology... a valuable counterweight to more orthodox studies of the UCS work-in... engaging and enjoyable.' 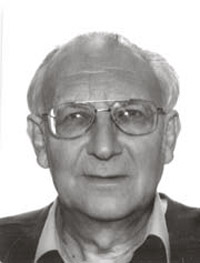 David Betteridge has worked as a teacher and teacher-trainer in Scotland, England, Norway, Sweden, the Czech Republic, Pakistan and Nepal. He has co-authored several books for the classroom and a book of poems, Granny Albyn's Complaint.