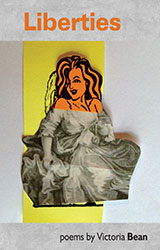 Victoria Bean's second collection is about trouble – those who cause it, those who are looking for it, and those who have found it. It’s a social document and a forensic study of a criminal justice system where the action always seems to take place out of the corner of your eye. It’s a portrait in verse of the modern city from Gin Lane to Smack City, drawing on the found-poetry of graffiti, tattoos, court-statements and London phone-box ‘tart-cards’. Liberties is a book about the nameless, the blameless and the shameless, about needs and wants, desperate truths and unbelievable lies, about the good, the bad and the fine line we all walk between them; about liberties taken and liberties lost.

Some comments about Caught:

‘a canny eye for clear, needling imagery and evocative description... a humbling and poignant collection, and that rare thing: poetry of witness, poetry as social document.’

‘Victoria Bean's poetry fuses the fact of the misdone act with the conviction of the spoken word, showing us that it's not what actually happens that counts but how we re-imagine our lives in a language of our own. ’

‘a humane and imaginative glimpse into a world most of us never have anything to do with.’

‘humanizes and brings into focus a group usually invisible and unheard.’

‘studiously crafted miniatures, which exist for us almost as windows in a rotting corpse.’

‘her style is plain and ostensibly simple… but her skill is in her eye for appropriate characters in appropriate contexts. Bean’s is the poetry of the apposite moment.’ 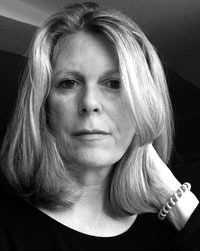 Victoria Bean is a poet, artist and founding member of the Arc Editions group. Her visual poetry has been shown at the Tate, the V&A, the Courtauld Institute and collected by Harvard and Stanford universities. Previous publications include Ten Poems for Pandora, helvetica poems, Heartburn and Caught (also published by Smokestack). She recently co-edited, with Chris McCabe, The New Concrete, a major new anthology of visual poetry. She works in Restorative Justice in London.