Dance of the EQUINOX 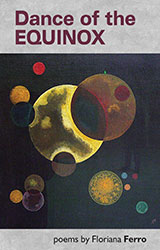 Floriana Ferro’s first collection of poems, Danza di Equinozi won the Italian national literary prize Cardinal Branda Castiglioni in 2011. Published now in English in her own translation, Dance of the Equinox explores the idea of poetry as means of cultural and political emancipation. In particular, these poems locate the author’s sexual and political identity in a country still dominated by conservative and religious ideas about women and sexuality.

Each of these short and fragmentary poems is a piece of a broken mirror, clues in a game of hermetic illusions. Some are meant to be read vertically, some horizontally, while others are designed to be understood by reading alternate lines. The result is a modern lyrical vision celebrating love, Nature, the delirium of art and the capacity of poetry to resist the alienating pressures of capitalist globalization.

‘Floriana Ferro’s poems are like mosaic tiles creating the pattern of life, skilfully ordered in the space of the white page to make a visual-verbal portrait.’

Dance of the EQUINOX 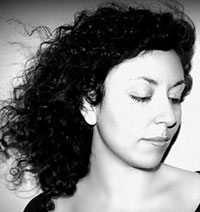 Floriana Ferro was born in Sicily in 1982 and studied at the universities of Stamford, Paris and Catania. Her first novel Il viaggio di Sofia (2007) was shortlisted for the Arché international literary prize. She has also published a study of the French philosopher Emmanuel Levinas, Alterità e Infinito (2014). She lives in Udine, where she teaches philosophy and history in a Secondary School.