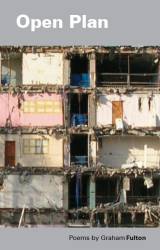 'By the sweat of your brow will you eat until you return to the ground, since from it you were taken; for dust you are and to dust you will return.' These days most of us earn our daily bread sweating over spread-sheets, agendas and unanswered e-mails. There are 10m office-workers in the UK, sharing over 200m square metres of office space. White-collar workers are the new proletariat. And yet office work has rarely been the subject of poetry.

Open Plan is a demented elegy to all the minutes, days and years that slip through a hole beneath our tidy, open plan, white collar desks. Graham Fulton writes with wit and compassion of the world of e-mails, post-its, tea-breaks and sickies, of the little rituals, the red tape and the humdrum flexi hours punctuated by moments of mayhem, of those who are here to stay and those who are just passing through, of the things we need to do to stay sane, just to make it through to the next day. Alice in Wonderland meets David Brent. Office workers of the world unite - you have nothing to lose but your paper-clip chains.

'I've admired Graham Fulton's work since I first heard it: his mix of tenderness, adrenalin, razor clarity and dynamism, as rare as it is potent, just sings. This is poetry got right to the heart and the head at the same time. It's just poetry got right. Brilliant.'

'This is a grimly funny book with Fulton successfully departing from the urban exteriors for which his work up until now has been nervously celebrated. Here Fulton has moved indoors, queasily observing group behaviour among the office furniture. Open Plan is told in Fulton's characteristic edgy rhythms with that near–nasty dark wit of his. It's a book that offers the office as a prism of a wider social disembodiment, though it is also a portrait with surprising affection.' 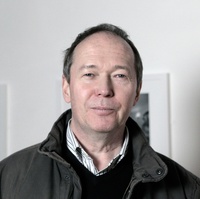 Graham Fulton is the author of many pamphlets and seventeen full-length collections, including Open Plan, One Day in the Life of Jimmy Denisovich (both published by Smokestack), Humouring the Iron Bar Man, Brian Wilson in Swansea Bus Station, Something Good Will Always Happen and Glitches of Mortality. His work has been translated into several languages including French, Spanish and Romanian. His first non-poetry book The Paisley Civil War was published in 2018. He lives in Paisley.